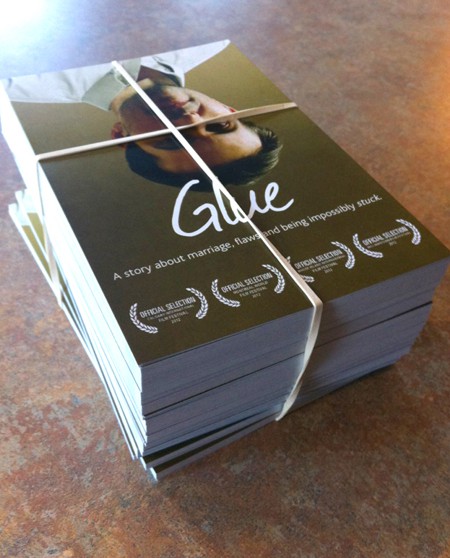 Hot off the press – postcards promoting a locally produced short film – Glue, whose bi-line reads “A story about marriage, flaws and being impossibly stuck.” Intrigued? We hope the imagery we created adds to that. Check it out at the Calgary International Film Festival coming up in September. Learn about local director Michal Lavi and the people behind this beautiful, endearing film.