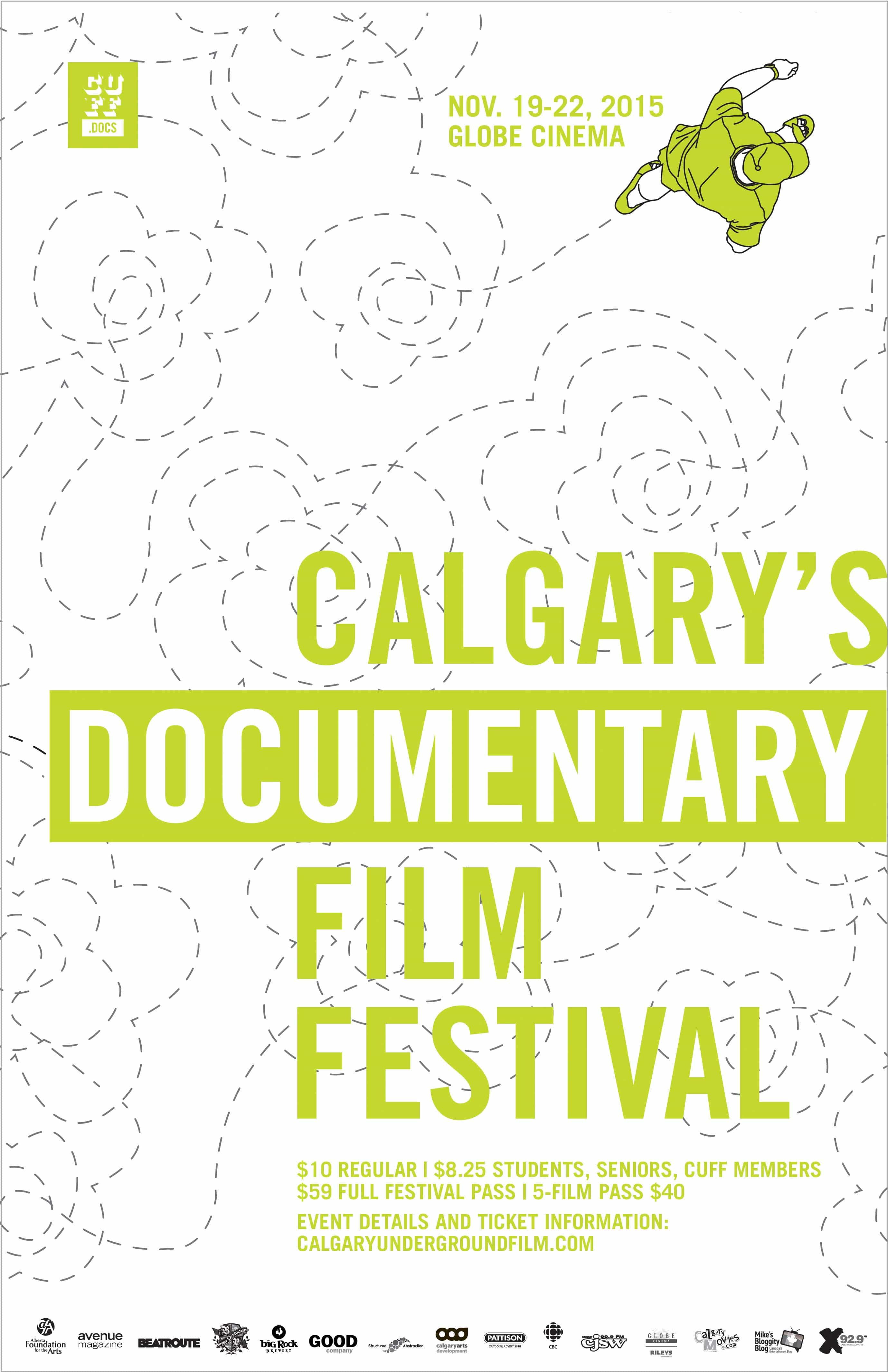 As something a little different, our series of posters for the CUFF Docs festival (taking place this week) uses illustration to bring to life an art form that is about film: documentary filmmaking, that is. This illustrative, contour style of drawing represents the fleeting nature of a moment captured, while at the same time recording permanently the path taken to create a documentary film.

We wanted to show how a documentary filmmaker follows his or her subject to tell that person’s story. The patterning is as seen from above to give the full effect of the interesting, interwinding paths created in the process. The swirls sometimes come together to find figures in the overlap: a couple hold hands, two business professionals hand shake, or someone walks alone. They differ, as will the stories told at the Calgary’s 2015 Documentary Film Festival.

The three images work both together as a set and alone and can be used interchangeably. 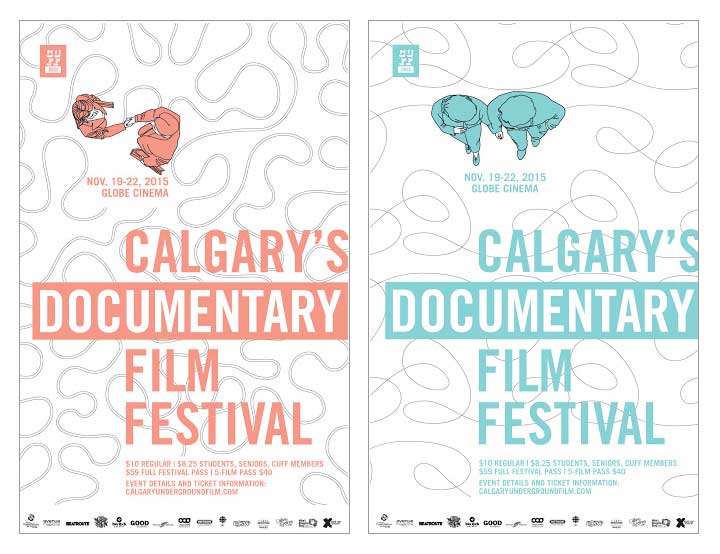