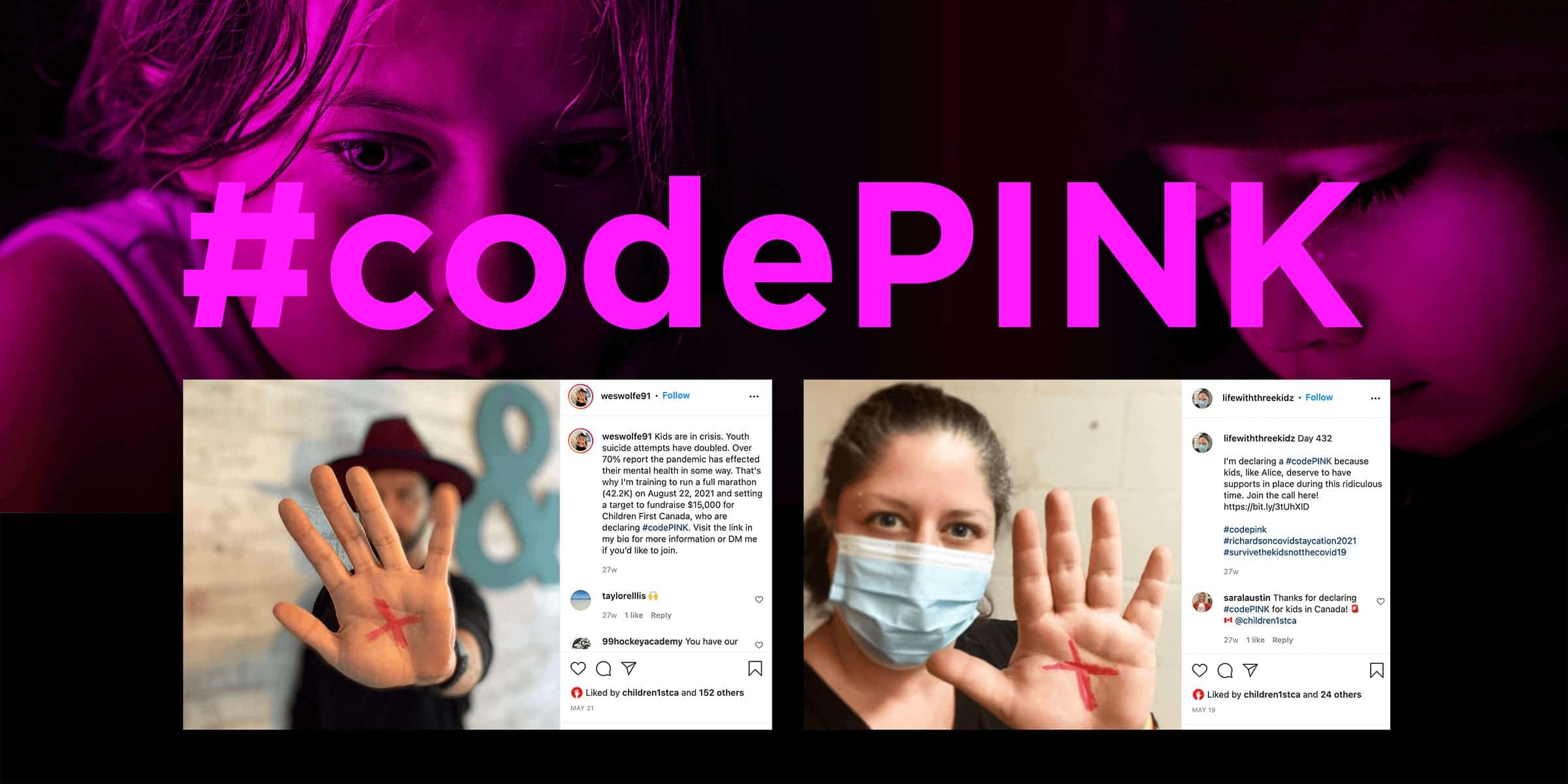 Children First Canada (CFC) is improving children’s well-being and bringing attention to child rights by mobilizing an alliance of leading children’s charities and hospitals, research institutes, corporations that invest in kids, teachers, parents, and kids themselves.

A “Code Pink” is a term used to declare a pediatric emergency in a medical setting. Due to ongoing, serious concerns about the welfare of children during the pandemic, CFC wished to run a campaign using this term, with the aim to pressure the federal government into acting via an emergency response.

The “#codePINK” combined with a graphic depicting a pink medical cross on a hand was the starting point of our campaign concept. The simplicity of this idea worked on a couple of levels: the hand referenced CFC’s already familiar logo (which makes use of an illustrated child’s hand), and the pink medical cross gave the audience a visual representation of the campaign’s name and meaning.

We then devised a way that CFC could ask the public for help. Social media users were encouraged to take a photo of themselves with a pink cross drawn on their hand using a marker, lipstick, etc. The photos shown on the previous page were found on Instagram.

After one month, media impact stats were:

• Including reprints in multiple outlets, 646 articles were published or broadcast; total of 74,366,269 unique views. 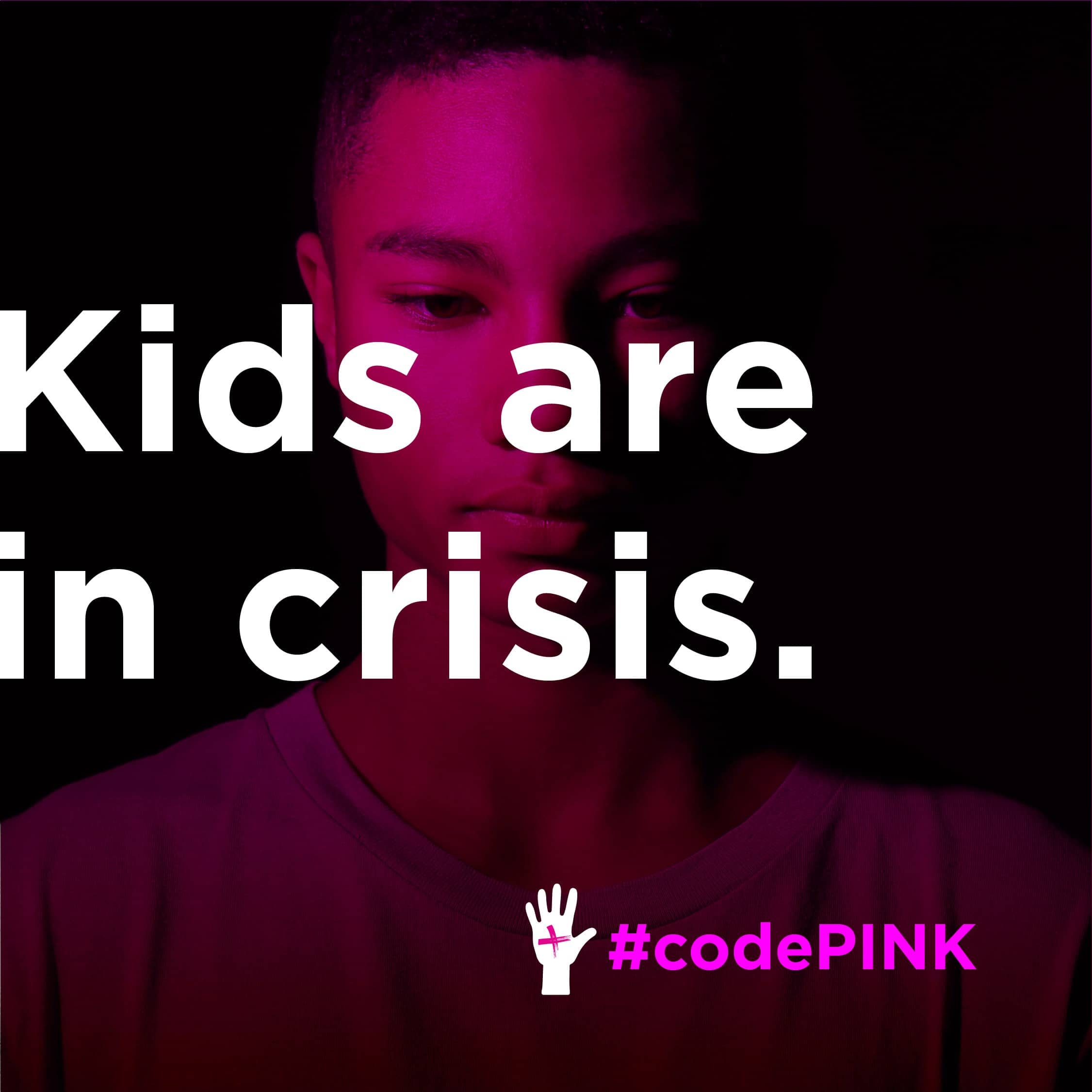 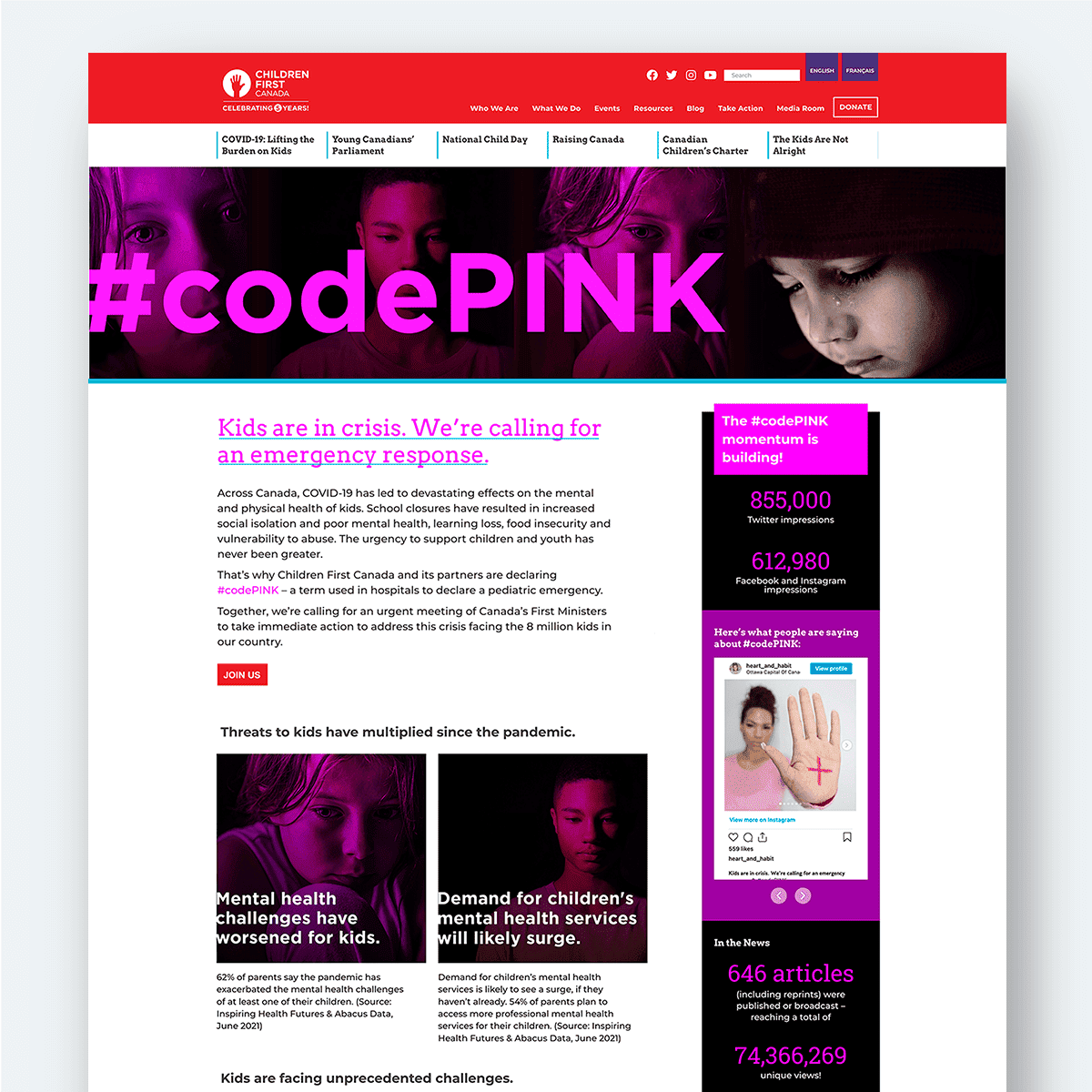 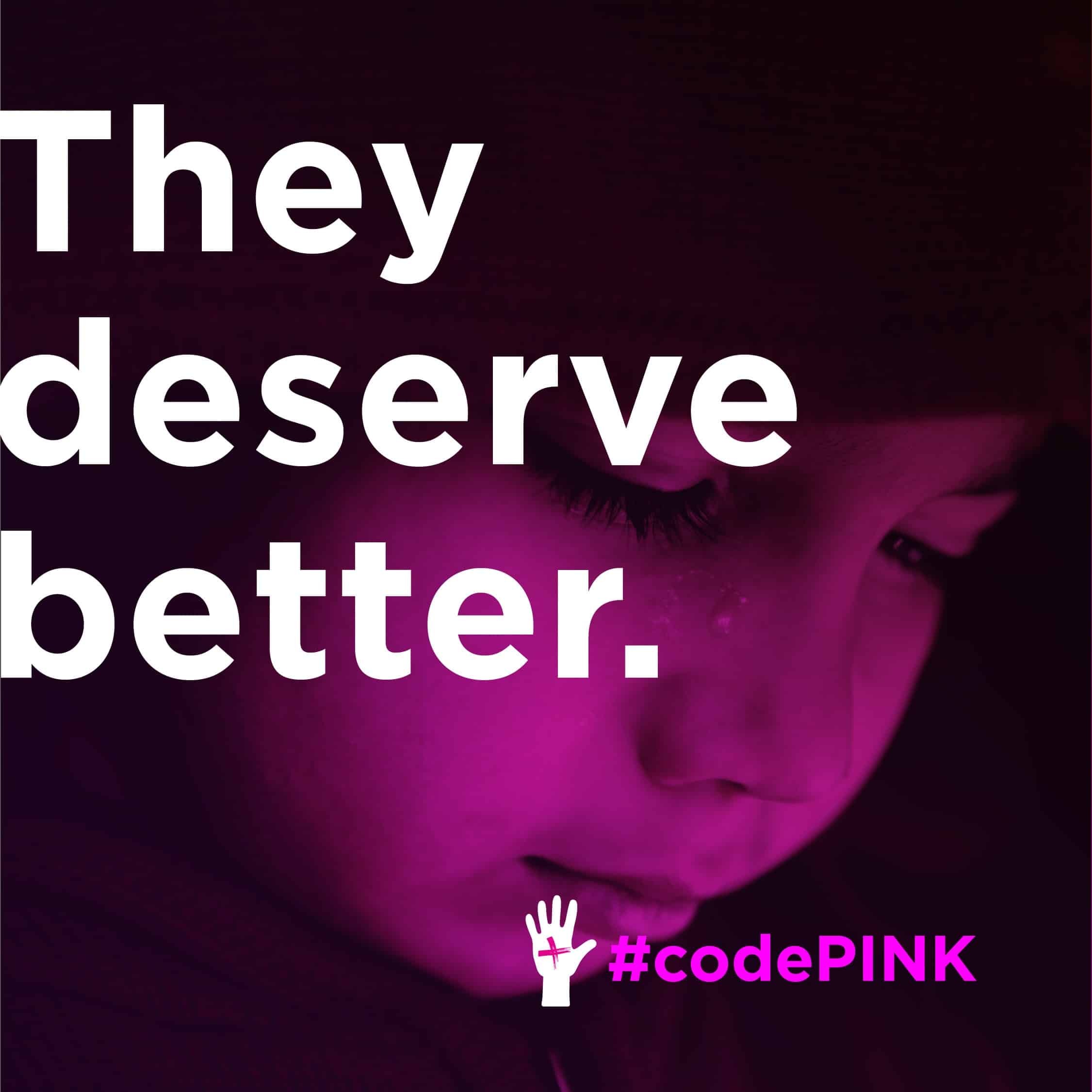 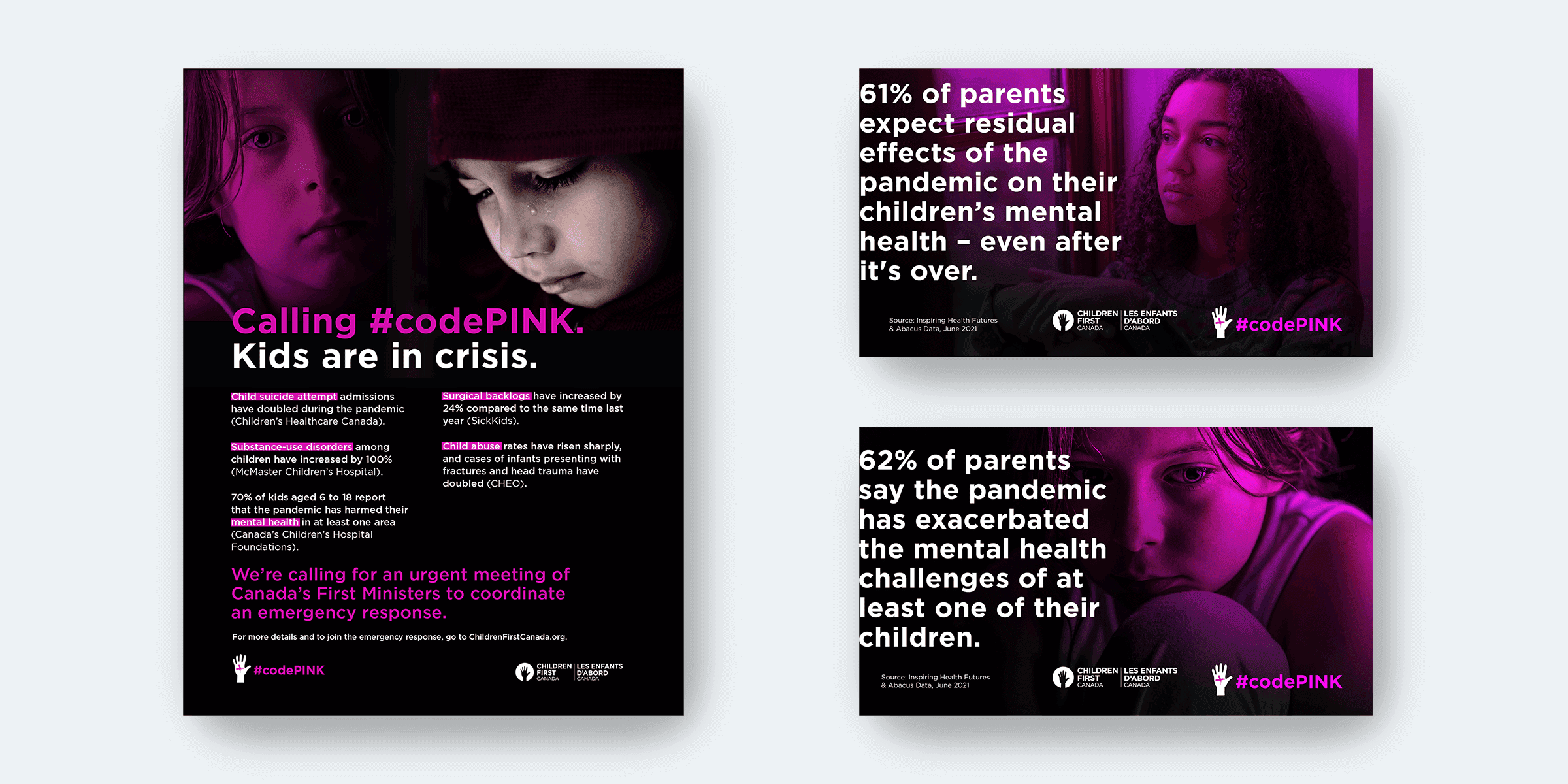 The Raising Canada 2021 report is a powerful data-driven resource that further emphasizes the urgent need for government leaders to take action. The research shared in the report revealed that the top 10 threats to childhood—which predate COVID-19—had been exacerbated by the pandemic. The design of the 2021 report touches on the impacts on children of varying socio-economic statuses, racial and sexual identities, physical disabilities, and more.

The Raising Canada campaign was intentionally connected with the Code Pink campaign. The visual connection is evident in the report and the shown infographics, which made use of data acquired by research partners. At the time of publication, Code Pink was still in effect because the government did not yet take the action requested. 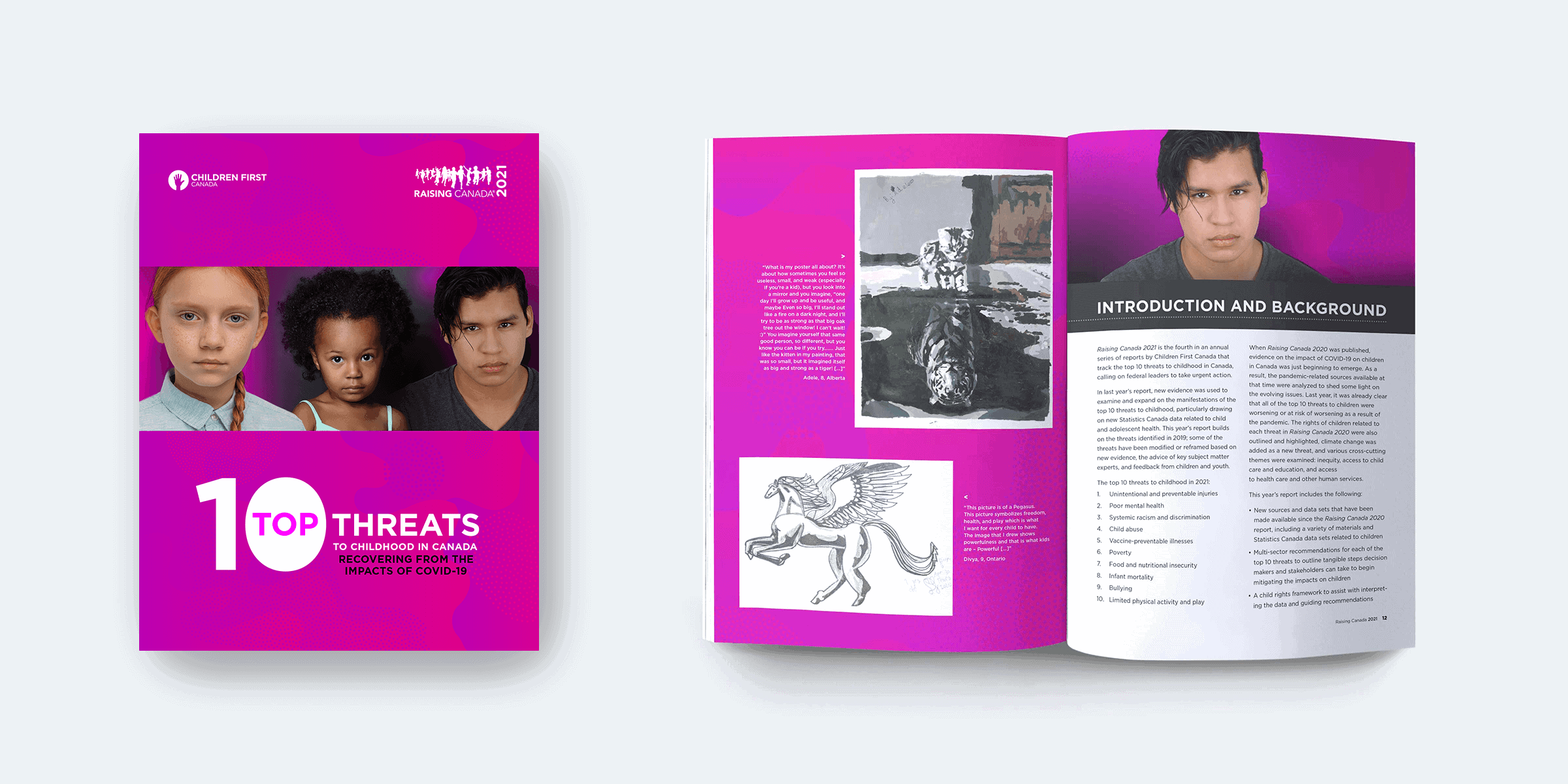 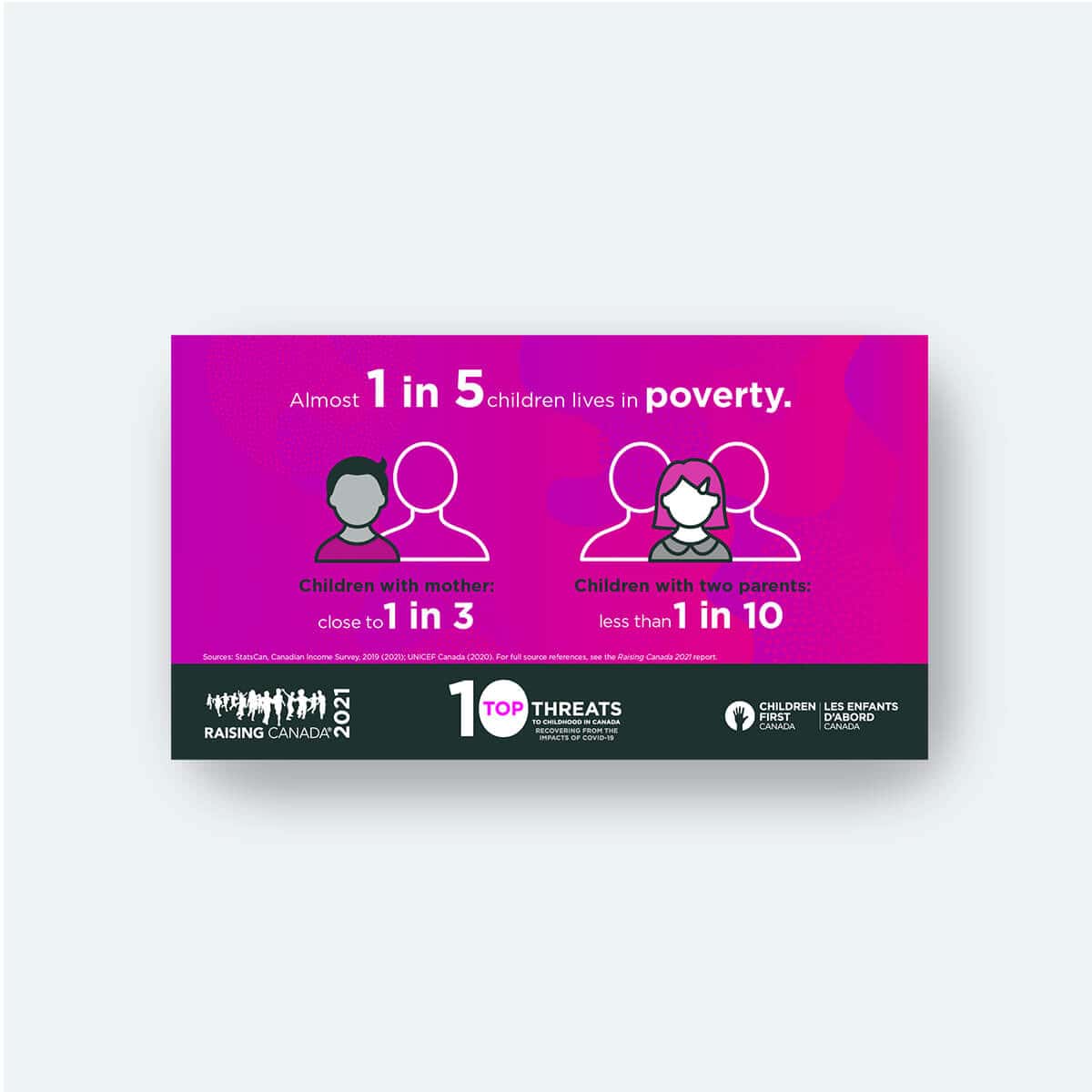 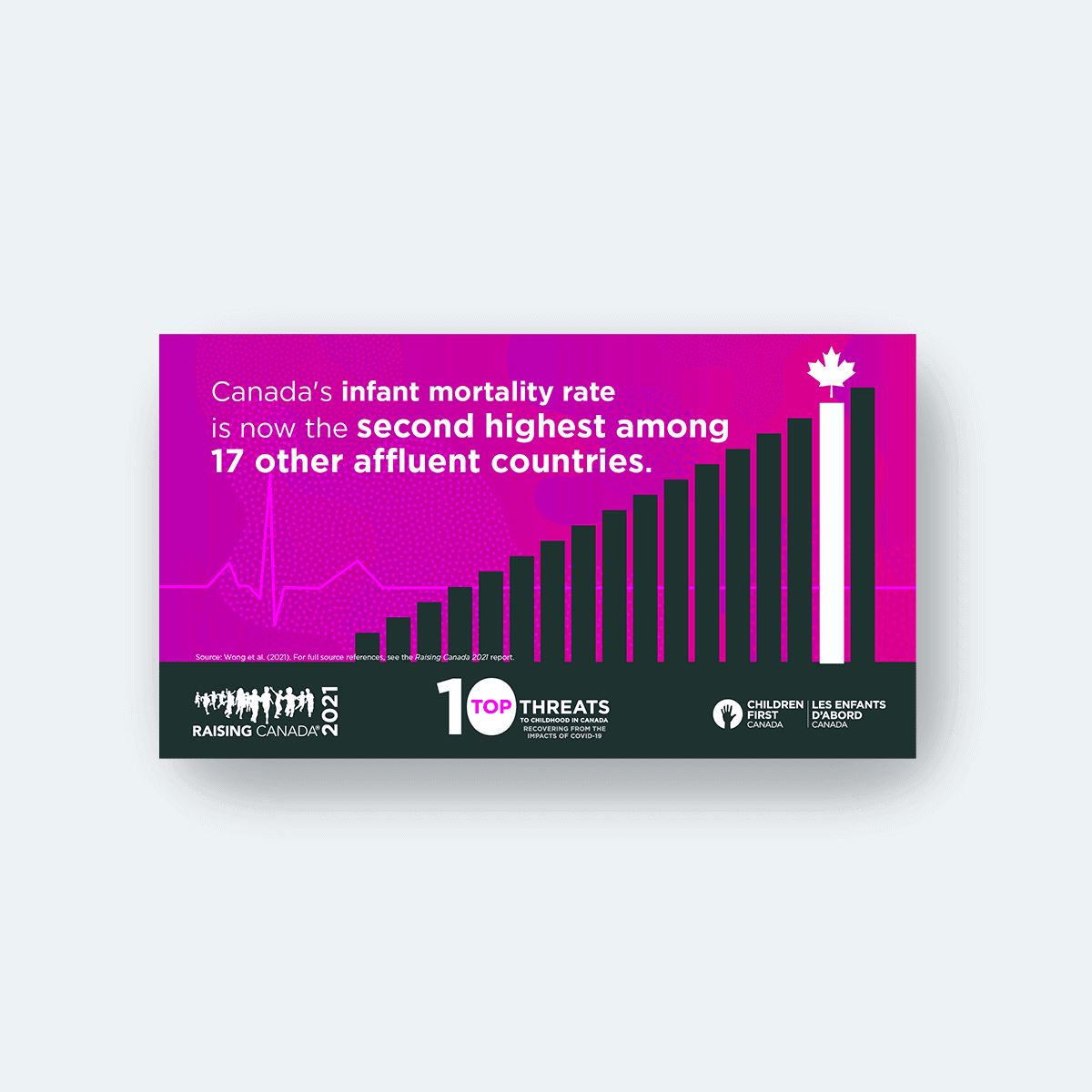 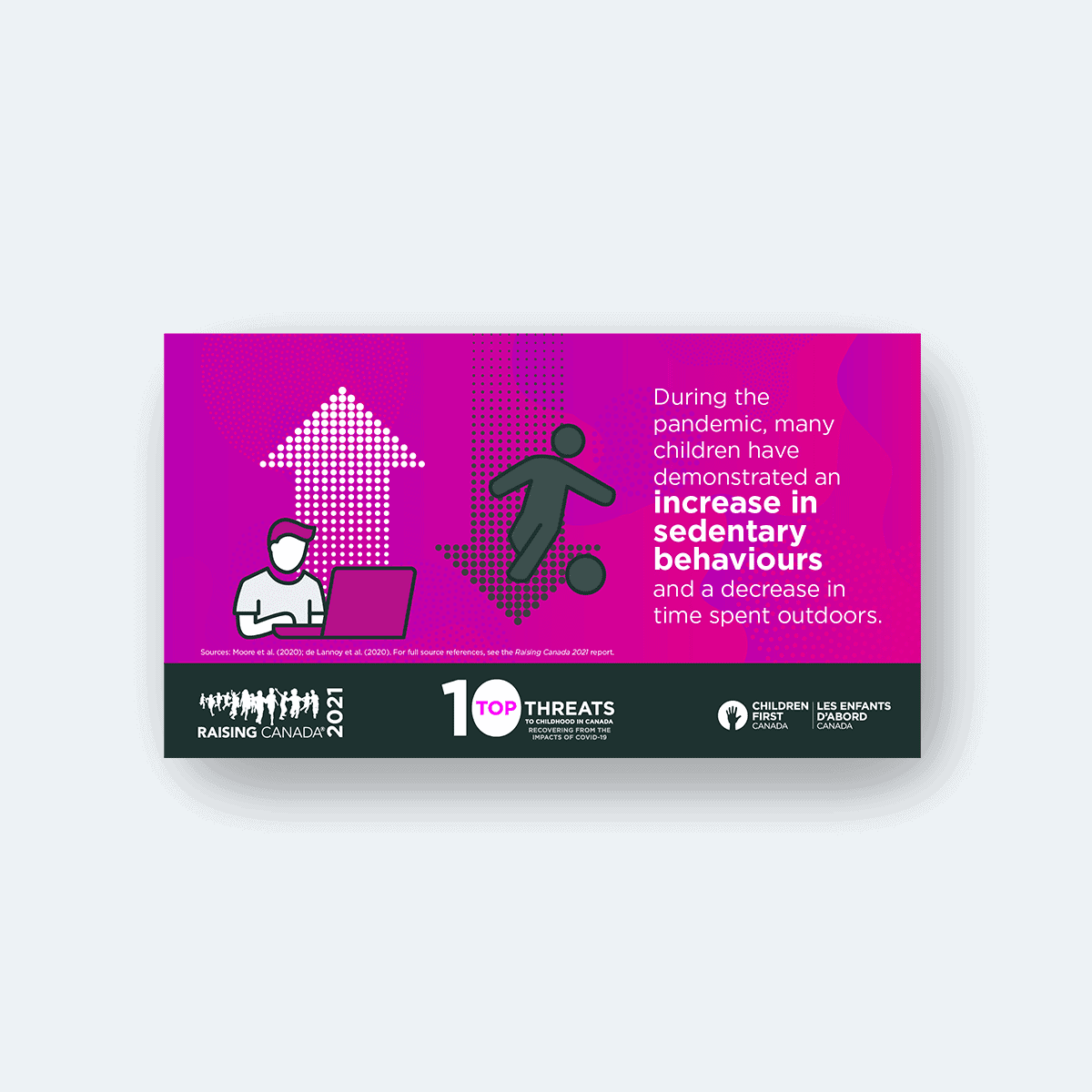