We work with people who strive to be a force for good in the world – such as those taking steps to reduce environmental impacts; building vibrant communities; or advocating, educating, and pursuing innovative solutions to social challenges.

By partnering with like-minded clients, the synergy results in nothing less than our best creative – while inspiring positive change.

The work we do falls into the broad categories of visual identity, digital design, marketing, and publication design. Whether you need communications that fall into one, two, or all four, we’ve got you covered – with beautiful, purposeful creative. After graduating from Alberta University of the Arts (formerly ACAD), Chris left for New York to continue his studies under world-renowned designers at the School of Visual Arts. For more than 22 years, he has worked in various agencies in New York, Vancouver, and Calgary.

In addition to Chris’ role as co-Partner of GOOD Company, his creative role covers direction and design; with a focus on visual identities and web design. He has led multiple complex branding projects for organizations such as CAWST, the University of Calgary and Calgary Arts Development. He created and continues to manage the brand for the community-led Beltline Urban Murals Project (BUMP), which has gained international attention, as well for Tourism Calgary’s Chinook Blast – Calgary’s largest winter festival. He has also overseen the creation of large-scale digital projects, such as websites for National Music Centre’s Amplify and Vivo.

Chris has served on the boards of TEDxYYC, VoteKit (a volunteer-led engagement initiative), and Mayor Naheed Nenshi’s Civic Engagement Committee. In his spare time, he competes provincially and nationally in pickleball. 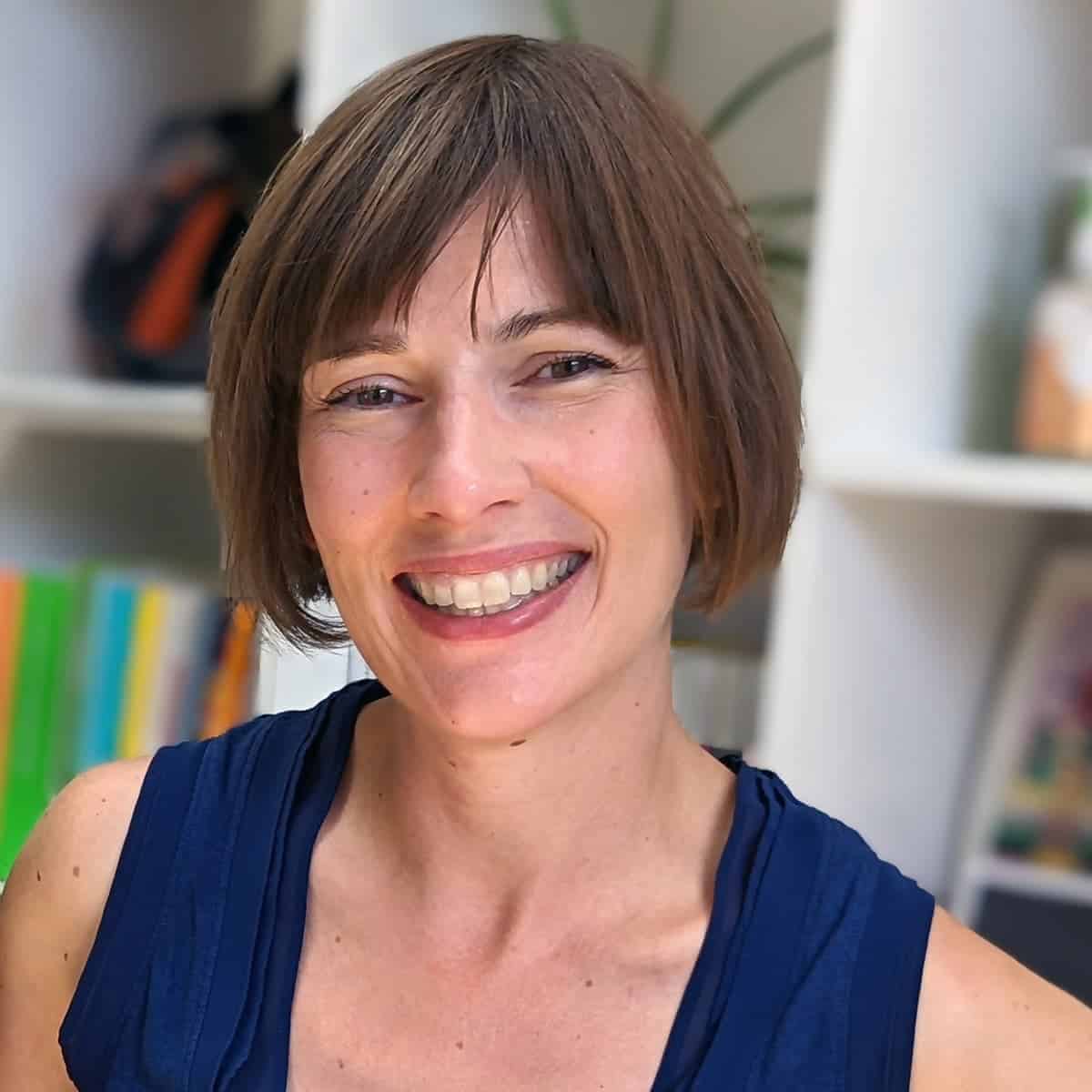 Gillian holds a Bachelor of Design from the Alberta University of the Arts (formerly ACAD) and has 19 years of direct experience in the graphic design industry. Before co-founding GOOD Company, Gillian worked at mid-sized corporate design firms while committing her skills to local arts organizations in her free time. Her role at GOOD Company is focused on creative direction and design, with a specialization in publications. She has managed dozens of projects for CCUNESCO and Children First Canada. She continues to prioritize the arts and currently holds the role of marketing director on the board of Juno-nominated Land’s End Ensemble.

Gillian seeks out opportunities to learn from minority groups to better inform her work, and in the past year has participated in learning sessions which include: ArtsVest’s “Inclusive Marketing”, Be Local Business Network’s “Indigenous Foundational Learning & Partnership” and “Pride Powered Business”. 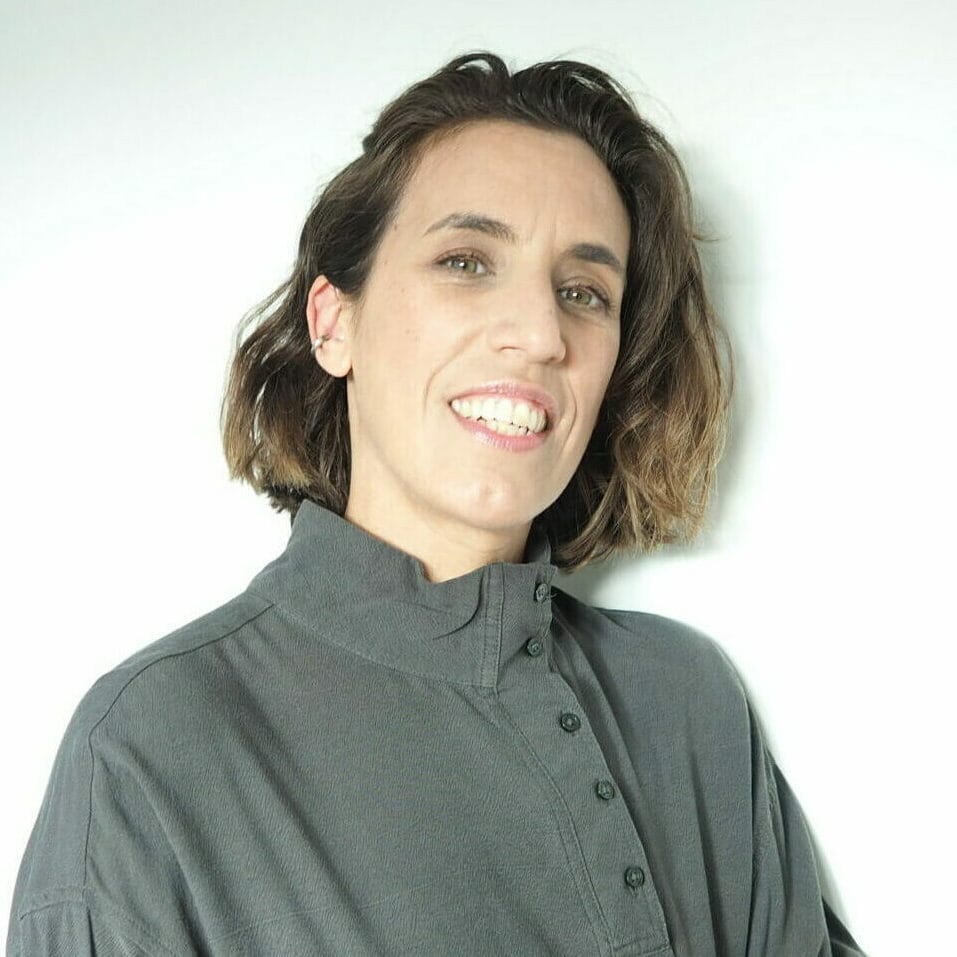 After completing a four-year degree in Business and Marketing and a one-year degree in Multimedia Project Management, Aurélie has been working for over 10 years as a project manager—six of which have been for GOOD Company. In this capacity, she has successfully coordinated in English and in French more than 100 websites and hundreds of creative projects—from start to completion.

Before contributing to GOOD Company’s development, she worked as a freelance project manager and designer in France. Her clients included Bask Countries companies (such as l’Hôtel du Palais Biarritz, Xorgin clothing), web agencies (such as OhMyWeb), Netick, as well as notable international companies (such as Louis Vuitton, Arte, Havas Events and Buffalo Grill). Additionally, she worked as a web marketing and direct marketing manager for Surf Session Magazine, the well-known French surfing publication. 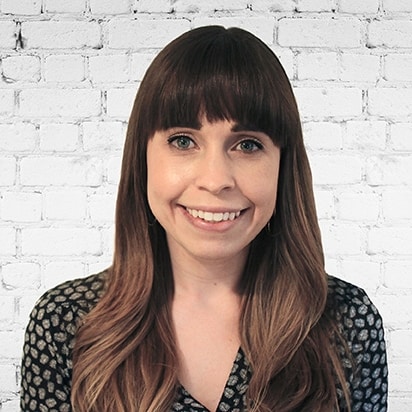 Originally embarking on a career in web design, Robyn quickly branched out into design for print and marketing. She found her feet within Calgary’s arts and energy sectors before moving on to work at technology startup incubator, Business Instincts Group (BIG). In this role, she oversaw a team of designers to help build and launch the brands of several businesses, the most notable being Urthecast—the first company to install publicly-accessible high-definition cameras on the International Space Station.

After leaving the position at BIG, Robyn worked at several design agencies before moving on to her current role at GOOD Company in 2015. At GOOD Company, she continues to work on a range of projects in the realms of print, branding and digital design for clients, including Calgary Reads, Alberta Health Services, and more. Robyn holds a Bachelor in Applied Communications from Mount Royal University and NCFE Photography, Kidderminster College, UK. Kier is a PHP and WordPress focused Web Developer with 12+ years experience in development and design. His advanced toolkit includes PHP, CSS, HTML5, jQuery, jQuery Mobile, MySQL, Photoshop, XD, and Illustrator. Kier specializes in clean, modern, and responsive custom web design and development. He builds beautiful websites, inside and out, and has worked with GOOD Company to build more than thirty completely customized websites.

Kier belongs to a passionate community of developers, designers, and marketing professionals, always looking to offer the best and latest technologies and tools in his work. Kier loves facing a challenge with elegant solutions and producing fantastic end-products both he and his clients can be proud of. He holds a BFA in New Media and a minor in Marketing from the University of Lethbridge. 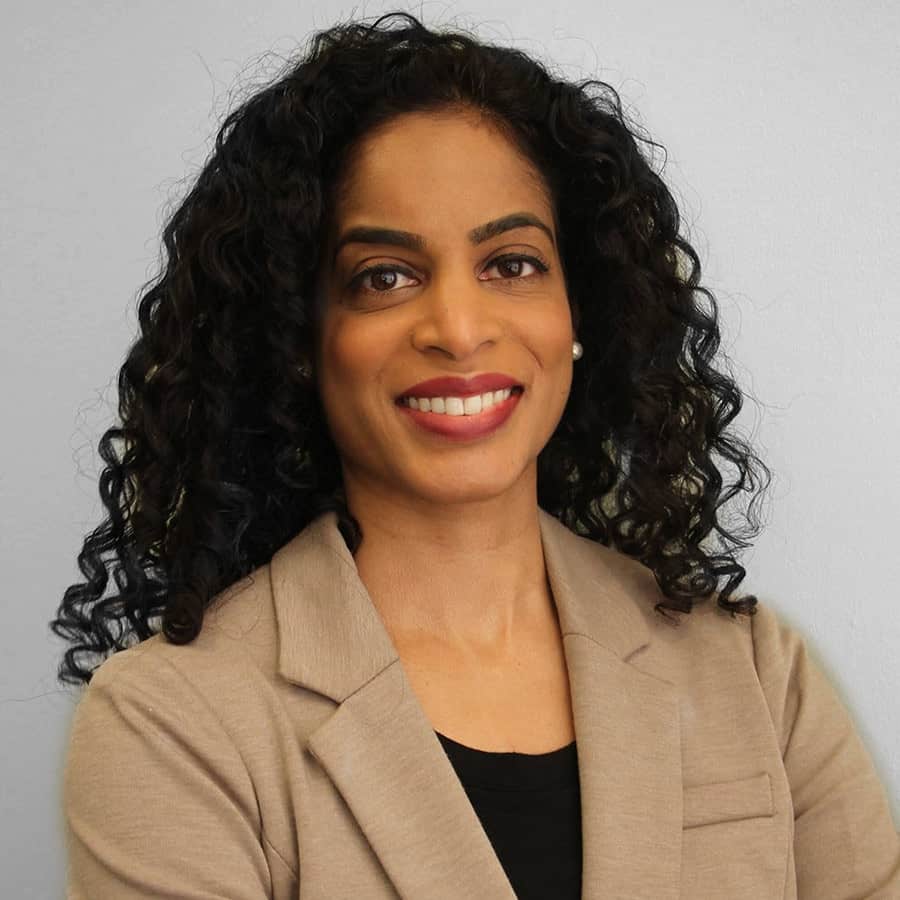 Nicolette Beharie is an award-winning content specialist with a passion for real-life storytelling. With more than 15 years of experience in the non-profit sector, she specializes in content creation for donor communications, strategic marketing and fundraising. She has also worked on marketing communications teams for highly-regulated industries, including the financial services sector. Through her experience in this area, Nicolette has gained valuable knowledge in plain language principles for accessibility.

Throughout her career, Nicolette has worked with Canadian non-profit organizations to improve audience engagement and loyalty, as well as manage the flow of high-quality content – including stories, photos and video. A strong leader and communicator, she has also worked cross-culturally in more than 10 countries throughout Africa and Asia.

Outside of her work with GOOD Company, Nicolette is principal of BonaFide Content and serves charities, non-profits and caring professionals with a heart for their community. Through her business, she develops focused content that builds trust and inspires action – for good.

We call it Grow Your Good; free design services for those working towards making positive change, but may not have the means to take it to the next level.

Past partnerships have included social enterprises just getting their start, civic engagement and advocacy groups, arts and cultural organizations, and organizations striving to solve environmental or social issues.

Tell us about the good you do and how we can help — highlighting your mission, and how you are working towards solving a problem or creating a positive impact.

We give each recipient up to 30 hours of design services. Depending on the scope of the project, this may entirely cover, or be deducted from, the project’s total cost – as agreed to prior to commencing work.

Since 2012 we’ve been creating meaningful work through collaboration with inspiring organizations across Canada.

Alberta University of the Arts

Canada Council for the Arts

What our clients are

“Working with GOOD Company has been an absolute pleasure. From printed reports to our rebrand to the Arts in Action website, GOOD has consistently delivered creative solutions, quick turn-around, and stunning work. They are friendly and unflappable. They catch all the curveballs we throw at them without even blinking.”

“It was really great to have you as a partner this year with Chinook Blast. Right from the start you understood the initiative, who we were and what we were trying to accomplish. We also appreciated all of your flexibility while we went through many shifts and changes. It was seamless working with GOOD Company.”

“The focus of Cybera is on advanced technology – a topic that can be very dry or confusing to outsiders. It’s great to work with a designer who can help us break down our topics into compelling and understandable graphics. This visual storytelling is extremely important to us, and we are happy to have a design firm that takes the time to understand who we are and why we do what we do.”

“I can’t say enough good things about GOOD Company! They are phenomenal to work with and have helped Children First Canada in so many ways. They assisted us with a brand refresh for our organization along with the branding of two of our major campaigns. Their team is so creative, flexible and agile, and they’ve done a fantastic job of helping us tell our story with greater clarity, purpose, and passion.”

“GOOD Company consistently goes above and beyond—they are responsive, thoughtful and quick to adapt to shifting ideas and approaches as projects evolve from concept to execution. They’ve proven to be valuable thought partners in concept design and strategic planning, and their project management approach is transparent, reliable and impeccable. I count on GOOD Company to help us communicate complex materials in ways that are fresh, accurate and compelling, and they always deliver—on time and on budget.”

From our intense focus on customer service, inclusive and equitable approach—to how we offset our power consumption—we are serious about how our actions affect others. We invite you to discover what we are committed to.